You are here: Home1 / Blog2 / Uncategorized3 / Lies Are Corrosive 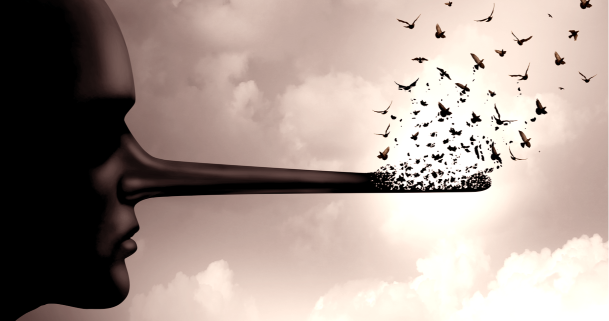 Lies are corrosive to your mission, reputation, success, and yourself.

We call them ‘white lies’, those harmless things we say when we don’t want to hurt someone’s feelings, when we want to keep a can of worms closed, or when we see that being brutally honest might not have the effect we want. And while there isn’t a person alive today who hasn’t told a lie, not everyone is a pathological liar. Pathological liars do indeed exist in business and in life. But what about pathological companies? They exist, too. If truth isn’t the foundation of character or enterprise, then what is? We need to understand that lies are corrosive to leadership.

Given that some people and some companies succeed despite not telling the truth, how important is truth, really? We’re told that being a truth teller is one of the most important, if not the most important, qualities in any leader. Leaders who communicate truth with clarity, concision, and a concern for the team, will be respected by those they lead. So why are so many leaders and so many companies born liars? And what affect does this ultimately have on the company and the people within it?

Turns out, truth telling has very big consequences. A leader can’t be a real leader without being truthful and truth requires discipline. Without it, you erode the mission, the confidence of others, and your own character. Here are 7 ways lies are corrosive to leaders and leadership.

Lies are corrosive to teams. Lies create mistrust. If you can’t be trusted as a leader, what are you good for? The Boy Who Cried Wolf is a good allegory to understand the corrosive nature of trust. Your most valuable currency as a leader is your integrity, and integrity is rooted in trust. Imagine your team learning, over time, or suddenly, that they can’t trust your directions? How are you every going to get that team or those teams to goals if those goals are manifestly lies? You won’t have a team, just a bunch of individuals looking out for themselves because they don’t believe your reading of the map.

Lies are corrosive to leaders. If you don’t have the trust of your team, you don’t have a team. At best, you have individuals looking out for themselves – after all, you have proven you’re not looking out for them. Now, you’ve lost all your power to influence people to work together to a common goal. Once they realize there’s no common goal, that you can’t be trusted, you’ve blown up the works, ruined the mission, and taken away all your own power to influence and build momentum.

Lies are corrosive to the bottom line. Why should anyone run to your goals if you’re been found out to be a chronic liar? You’re killing the motivation of everyone working under you. In so doing, you’ll also be killing your bottom line, too, because performance will suffer. You might not know what it is you’re missing when it comes to bottom line performance, or you might. If you do, then you know truth in leadership is a fundamental pillar of performance.

Lies are corrosive to corporate reputation. We’ve all seen recent stories of companies hurting their reputations to the point where there’s no coming back from it. Some companies and leaders have completely blown up in the public mind. The only way to avoid this is to be a leader who tells the truth and expects the truth to be told back to them. It might happen that things happen beyond your control, but if you aren’t always doing things for the right reasons, you won’t have a leg to stand on when you really need one.

Lies create chaos and uncertainty. The last thing anyone wants is to live in chaos, but this is precisely what lies create. Without the compass of truth driving actions, teams will go to what they know to survive.

Lies create weakness in those you lead. You are the leader, which means your behaviours, actions and attitudes will be copied. Be aware of how you bear yourself to others at work because it’s from you that they take the lead, for good or bad.

Lies are corrosive to your character. Integrity is something you build. It can also be something you subtract. If you choose lies over the truth, you’re setting others up for failure. But you’re also setting yourself up for failure, and for the subtraction of your character in the eyes of others. Before you think, so what, you get what you want anyway, note how negativity, of which lies are one, create weakness in us. It’s not just what others see, it’s what we feel, and how those feelings, over time, negatively impact our habits, our character, and our ultimate selves.

As a leader, you’ve chosen to be the role model for your teams. Therefore, it’s part of your role to tell the truth. This goes for everyone who interacts with you or your company. Integrity of character is fundamental to successful leadership, and truth telling requires discipline. And it’s this discipline that will make the difference in your life and the life of the company.

As the saying goes, ”the truth will set you free.” It will also make you a more disciplined, better leader.