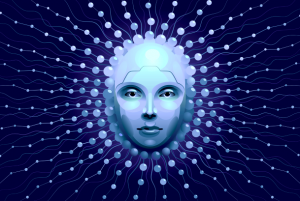 Struggling in your career or in finding a job? Maybe you just need to start making connections.

The cosmic network. It’s not a phrase you hear much, but it’s our inheritance as people. It’s all around us even as we move through our days as individuals, seemingly alone, feeling alone, faces into screens, fretting about appointments and deadlines, about immediate concerns, about what we’re not doing and what we wish we were doing, and worrying about what’s coming tomorrow. The modern person is more and more mediated and cut off from the world, which we make and which we inhabit. But there is no mistaking that we are all part of a large network, a universal brain, where what we put into it is what we get out of it, times 10x.

If we are and the world is made of atoms, atom meaning in Greek the particles that cannot be reduced into any smaller bits, then these atoms, or these parts of the irreducible whole, are indeed what connects us to everything we are. There are allusions to the significance and power of this connectedness in religion and literature, especially in Buddhism and Taoism. The English poet Francis Thompson put this idea into words by saying when we pluck a flower, we disturb a star, which reveals the fact, and the consequences of this fact, that we are connected, from the smallest thing to the universal, and our actions in the mundane and the everyday have real consequences to the larger whole of which we are a part. This whole includes other people. By virtue of being a part of this universal whole, we affect and are affected, by what we do or don’t do, and what others around us do or don’t do. Pluck a flower, disturb a star.

This might seem like an abstraction when it’s really a fact of life that we usually ignore, as though we have power over removing ourselves from an equation that includes us. So, what does this mean when we talk about careers, finding a job, or improving our life situation? To me it means becoming aware of the fact that we are connected in this way to the universal whole. When we go about our day not recognizing this fact, we alienate ourselves from the world of which we are a part. Alienation is a sickness, and manifests itself as illness, either mental or physical or both. When we disavow our relationship to the world and the world of others, we are in fact plucking flowers and disturbing stars.

The famed philosopher Alan Watts spent his career teaching people the fundamentals of connection, of our connection to the cosmic network of which we are a part. And it’s this I refer to when I say that building connections is all that there is in life and work because that’s, in fact, all that we are: we are our connections. By this I don’t necessarily mean we are our Rolodex of influential people. What I mean to say is building connections with those around you is the single most important thing you can do for yourself. Connecting with the powerful and influential can be worthwhile. But it’s also worthwhile to connect with strangers, those less fortunate than you, with the community in which you live, and with the wider world of issues. Part of being human is to recognize your role in the connectedness of things, which is a responsibility and not a one-way street. Building connections is its own reward and, in the end, it will also be good for your career, your next opportunity, and those closest to you.

Do this: this week, go meet someone you haven’t seen in a long time. Meet them for brunch, lunch, dinner, coffee, drinks, or whatever you choose. But choose connection. You’ll find your heart and mind are the better for it. And, who knows, it might just also land you your next big thing.

All things by immortal power
Near or far
Hiddenly
To each other linked are
That thou canst not stir a flower
Without troubling a star.