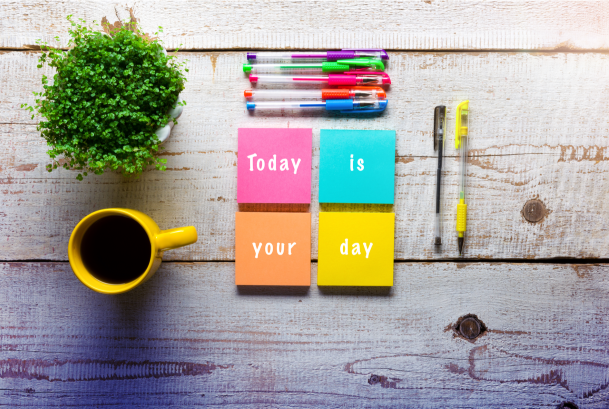 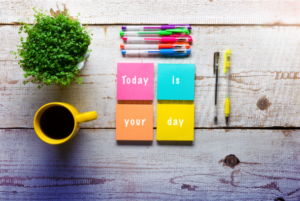 Creating a lifetime of growth, happiness and personal success is all about training your beautiful brain.

A lot of people struggle with how to stop negative self-talk. They struggle in their personal lives and careers. And they continue the cycle of struggling, trying, struggling, trying, and getting nowhere. Picking yourself up mentally is the hardest thing in life to do, and some people just don’t make it. Before you find yourself on a treadmill of ‘failure’, and slip back into your regular ways of thinking and doing, reinforcing the bad brain-wiring you have spent so much time creating, today is the day you re-wire your brain for a future that is brighter, better, happier, and more fulfilling. Your personal esteem is one of your most precious gifts. But it is something you actively need to work on. Because the alternative is a self-made prison that keeps you chained to old ways of being that aren’t working for you and will never work.

From 20 years of executive coaching, I’ve put together these 7 things you can do right now to change your life and build the one you want. These things are ways you can re-wire your thinking, because, you know, you’re the only one holding yourself back.

Thing #1
Stop the negative self talk. Can you write a one-page list of everything that’s wrong with you or bad about you, in your eyes? Most people can very easily. But can you write a one-page of what’s good with you and great about you? Most people have the hardest time with this. Go ahead and write down all the negative self-talk you tell yourself every day. On the other side of that sheet, write the same amount (or more!) of the good and great things about you. I want you to get the negative stuff out of your own head so you can literally visualize the words you use on yourself. Then I want you to come up with as many points or more of things that make you special. I know this part will be hard for a lot of people, but you need to do it. Why? I want you to start recognizing you’re not what you’re saying to yourself, and have you work on replacing these negative ideas and words with positive ones. One side of a page all the garbage you tell yourself. The other side, all the things you never tell yourself. I want you to balance them and see them written out. This is a first step to re-wiring your brain to change your life.

Thing #2
Stop procrastinating. Things left undone create a sense of dread and anxiety, which only gets worse the longer you put something off. Finally, we drag ourselves kicking to finish what could have been done, stress-free, from the start. Breaking the mental habit: force yourself to get things done right away. Make lists for yourself or put tasks into your calendar. This includes life things, like even cleaning out old closets.

Thing #3
Shape and strengthen your brain to change your mind. The first book on the brain’s elasticity I ever read was Dr. Norman Doidge’s excellent book The Brain That Changes Itself. In it, he recounts clinical case studies of his own and others, where the brain has literally morphed into a new reality by the new circumstances it’s put to. For instance, a car accident victim loses half of their brain, yet somehow the brain trains itself to have one hemisphere do the work of both, effectively replacing the lost hemisphere. Or, the professional violinist, whose areas of the brain stimulated by music are larger and more well developed than the average, like a weightlifter compared to someone who doesn’t.  The regions of the brain for music in the musician’s case, compared to the regular, non-music-playing cohort was a bit like comparing a grapefruit to a mandarin orange. Being more developed here and there, the virtuoso musician has more capacity to do and feel there, more room to play, deeper places to dive, more pathways to go down all at once, or something like that. More sparks flying to more places. The magic, in this example, is that the master musician can also make us feel, because they have the skill and the depth of feeling themselves to transport us.

What’s interesting in both the musician case study from Dr. Doidge’s book, and my example of bodybuilding, is that the habit itself perpetuates the habit which is experienced as pleasure, eventually, and that pleasure reinforces a positive response in the brain, and growth of connections, resulting in your stronger, healthier brain. You hardly have to do anything at all except to think, and try, and do.

It’s like if you never step foot in a gym, and then you do one day, the first day you probably throw up. You’ll at least be really worn out fast and dizzy. Maybe you do that awhile. After awhile that goes away and you enjoy the feeling. It’s chemical and it’s progressively good for building good healthy and long-lasting brain connections into old age, which comes for us all.

We can all do the same for ourselves through practice and repetition and stretching your abilities to build your brain to where you’ll do whatever you set your mind to do, because you can.

The key in this is not going the other way, because laziness creates lazy thinking and ultimately worse brains, less densely connected, and weaker. My understanding of brain plasticity is if we don’t use it we lose it. And then faster, and forever. If we keep this up over long periods of time it definitely keeps you from enjoying or experiencing life to the fullest, and there’s evidence that doing nothing, or highly repetitive, thoughtless and task oriented jobs, over long periods of time leads to mental diseases, like earlier dementia, Alzheimer’s, and so on. Even depression. Even suicide. Whatever you love that’s good for you is also good for the wiring and growth of that amazingly powerful thing inside your head that makes you who you are.

Thing #4
Forgive the past. Some people are great at letting go, either through nature or training over time, or both. Some people are terrible at it. But being terrible at it also means releasing chemicals that affect brain growth and your happiness. Being in the dumps keeps you in the dumps. And the cliff gets steep from there if you let your mind go to the angry things, regrets, all the things that we’ve all felt. But you gotta let go of the past. Once fell swoop will do. No need to wait around and spend so much in therapy, if you do. Simply change your mind. Right now. Don’t live in the past. All any of us has is now. Try to really realize what that means. Also, don’t forget to forgive yourself. And then move away from all that and move on. Some people visualize walking out into the sunlight and leaving the shadows behind. Visualizing walking away from anything negative is powerful brain medicine. If this is easy for you, good for you. If not, work on this because it’s holding you back in the here and now.

Thing #5
Live in the present. See above.

Thing #6
Value what you have. How many conversations just today did I have with other people where either myself or the one I was speaking to said, hey, it could be much worse. A cheerful person with back stenosis, a shattered back, a previous staff infection that almost killed her, who walks with a cane and a limp, who had a miserable life I won’t go into, chatted with me happily today, empathizing with the world and saying to me that her situation could be ‘a heck of a lot worse’. She’s right, it always can be. Thinking about other people’s problems is a way to not think about your own, but it also builds and strengthens the brain through developing your capacity for compassion and empathy, care and kindness, generosity and heart. Valuing what you have and how others have it harder is a powerful mental exercise, to the point of heartbreak sometimes. But that’s not a bad thing, because it might prompt you to do other things, which gives you action and purpose, courage and conviction, and the will to try, to test your metal against the world, and not be a victim. Because you’re not.

Thing #7
Tell the truth. This is the big one. Be truthful, as much as you can, with others and yourself. Always polite, where you can. But be real. You as a person will be lost if you become a chronic liar through habit, which is easy enough to do. Not just because the truth will out, always, eventually, but because you’re changing your brain when you do it. And that’s bad because it reinforces a pattern that becomes chemically and electrically imprinted, it becomes your go to, and that’s an awful thing to contemplate. At this point your mind betrays you, you are lying to yourself, and brains become sick when they’re like that. As habits of mind create the mind you will have, being truthful means you also believe in yourself and the power of your convictions. You’ll put that on repeat chemically and electrically in your mind, being consistent with the truth. You’ll feel the difference. Others will see it in you, too. And if there is anything you need in this world is the power and strength of mind to think for yourself, learn how to think, and train your mind to think. In so doing, you will expand your mind in a real sense, which will make you a more able and powerful person, all because of your big, beautiful brain.

You wouldn’t be you without it. 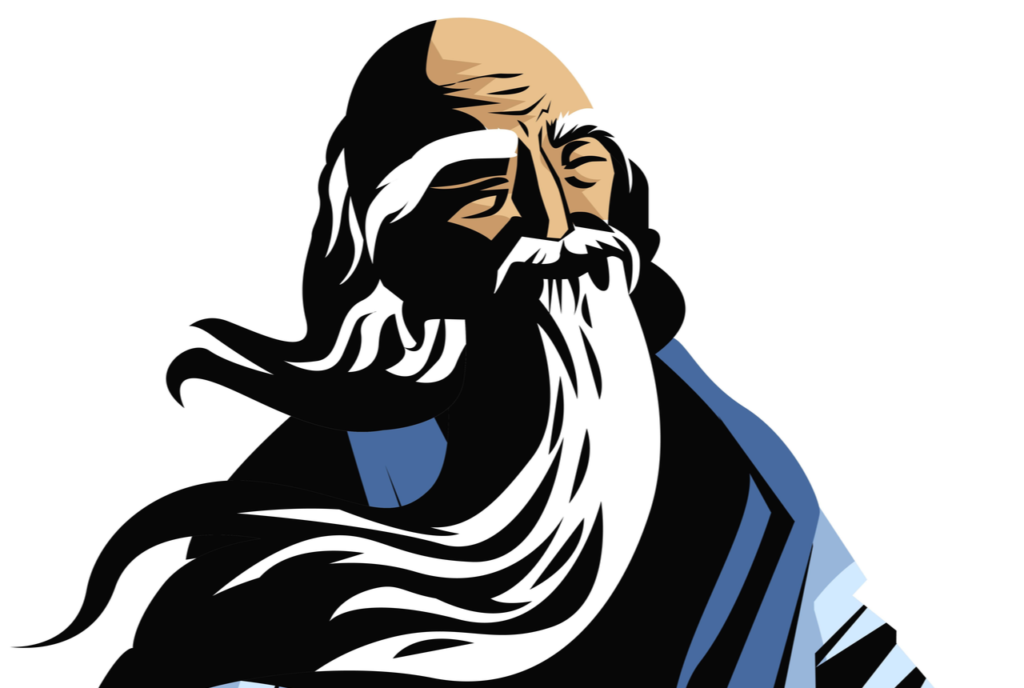 The Way Of Life

“The way to do is to be.”   From 600 B.C. comes the wisdom we know as the text The Way Of Life from Lao-Tzu, the sage described by legend

7 Things You Should Do Right Now To Change Your Mind

Creating a lifetime of growth, happiness and personal success is all about training your beautiful brain.   A lot of people struggle with how to stop negative self-talk. They struggle 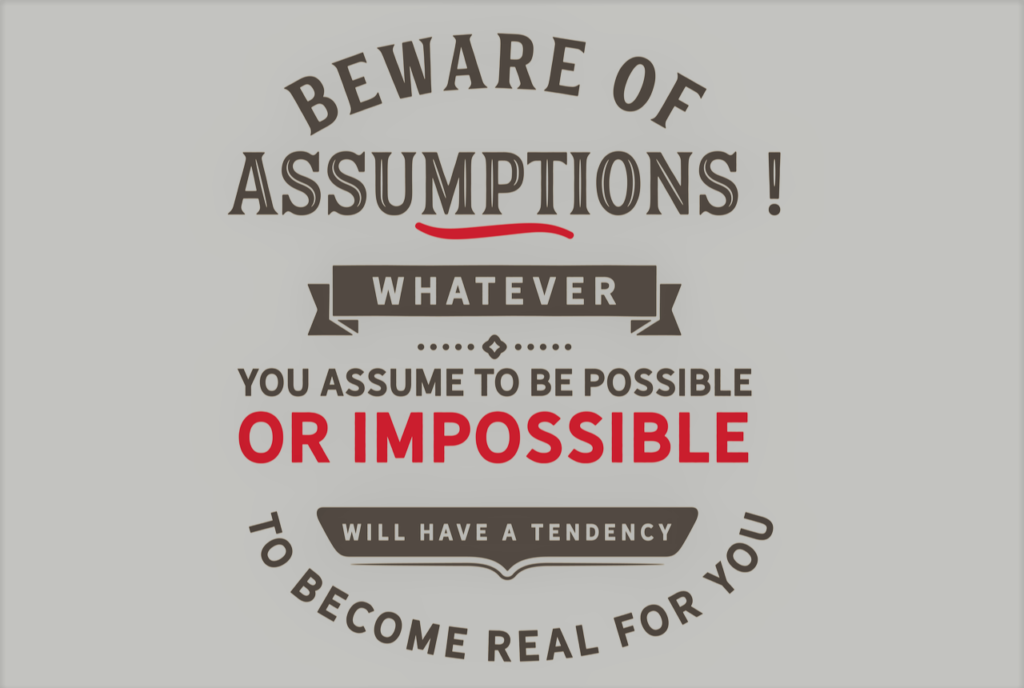 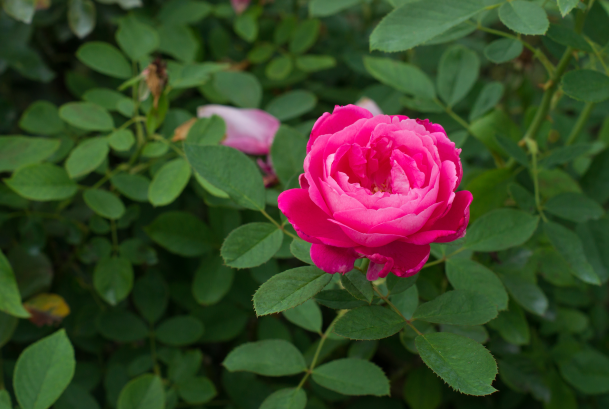 Who’s Taking Care Of The CEO?

It’s your job to take care of the team. But who’s taking care of you?   Being in charge is a huge responsibility. So is being the best leader you 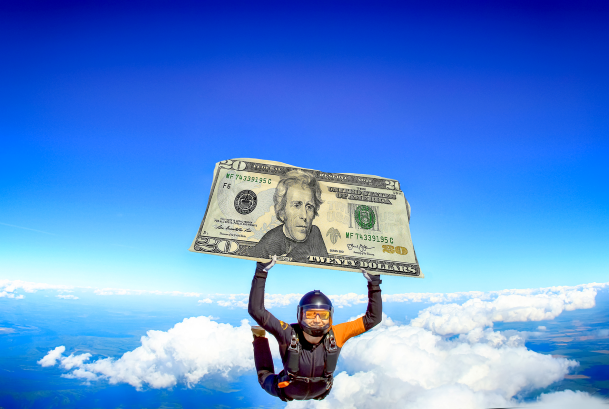 Sure, the company you apply with wants to know if you fit them. But do they fit you?   Oftentimes, candidates are in a position where they JUST NEED A